Your region and language were selected automatically. You can change this at any time in the menu on the site.
Americas | English
Home Support Knowledge Color Know-How 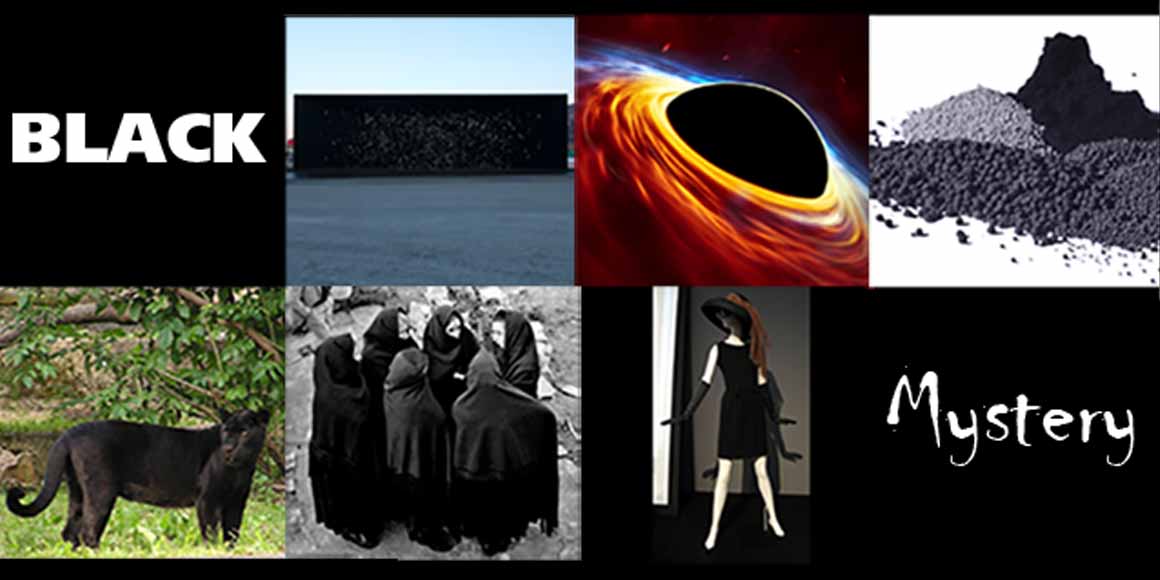 The following article is a selection of topics with very different views on the color BLACK. We hope there is also something for you that sparks your interest.

Black is a color which results from the absence or complete absorption of visible light. It is an achromatic color, without hue. A material is black if the incoming light is absorbed equally within the material. Light in the visible range interacts with atoms and molecules which transforms the light energy into other forms of energy, usually heat. Therefore, black surfaces can act as thermal collectors, absorbing light and generating heat.

Surrey NanoSystems, a British engineering company presented in 2014 the "world's darkest material," which it calls Vantablack. The material absorbs up to 99.965 percent of incoming radiation. It is composed of a forest of vertical tubes "grown" on a substrate using a modified chemical vapor deposition process. Thus, light gets trapped and is continually deflected amongst the tubes, eventually becoming absorbed and dissipating into heat. Vantablack's near-total absorption of light makes surfaces appear two dimensional!

Asif Khan unveiled a 10-metre-high temporary pavilion spray-painted with Vantablack at the Pyeongchang Winter Olympic Games 2019 in South Korea, the "darkest building on earth". No contours, nothing holds the eye. Only deep, intense black.

At the Frankfurt Motor Show 2019 BMW launched the new BMW X6 with a show car covered in Vantablack, the darkest manmade material in the world. Due to the extremely high light absorption, any lines and contours are lost.

The Nobel Prize in Physics 2020 honored pioneering studies about the nature of black holes, including the discovery of the gigantic one lurking in the heart of our Milky Way Galaxy.

Black holes are super heavy mass monsters in the universe that swallow everything that comes too close to them. So densely packed is the mass inside that nothing can escape them, not even light. That's why a black hole is also black - and thus difficult to detect in dark space, unlike a shining star. Therefore, these phenomena can only be detected with indirect methods.

The earliest pigments used by Neolithic man were charcoal, red and yellow ocher. The charcoal was ground and then mixed with animal fat to make a pigment.

Today an engineered carbon is used, which is available as powder or beads. It contains more than 95% pure carbon. The black particles are 10nm up to 500nm big and fuse into chain-like aggregates, which define the structure of individual Carbon Black grades. The purity level on the surface of the Carbon Black and the particle distribution depend on the production process.

Super Black is Orion’s blackest pigment with an impressive light absorption value of 99.98%.

A black panther is a melanistic leopard or jaguar, the result of an excess of melanin in their skin caused by a recessive gene. Their typical spotted markings are also present and can only be seen under a specific angle of light. Melanistic leopards and jaguars are quite rare, with some studies estimating that at most 11 percent of these animals have this coloration.

Especially in Europe and America, BLACK is associated with evil, darkness and mourning. It is worn at funerals and in some traditional societies a widow will wear black for several months or even the rest of their lives.

A "black day" usually refers to a tragic date – even in the financial world, the term often refers to a dramatic drop in the stock market – e.g. Wall Street Crash of 1929 is Black Tuesday.

On the other hand, BLACK is the color of power and authority – often magistrates wear black robes. Black today is the most common color for limousines and official cars of government officials.

In the fashion world BLACK is not only a popular and timeless color, it is associated with elegance and worn for special occasions or ceremonies. 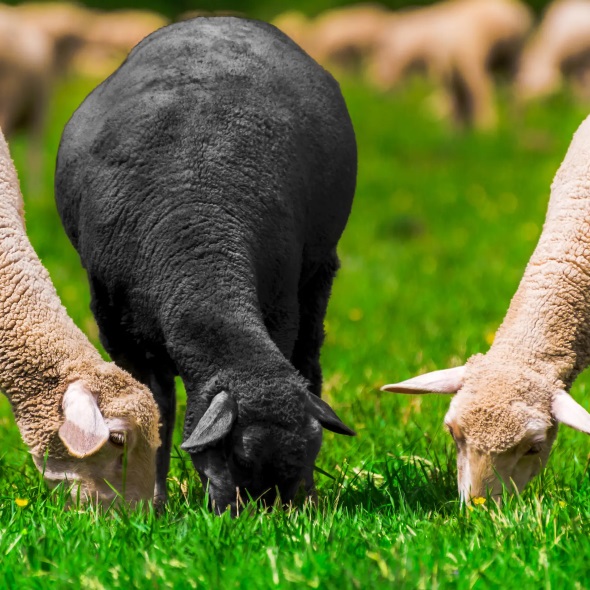 It is written in black and white, believe it or not! 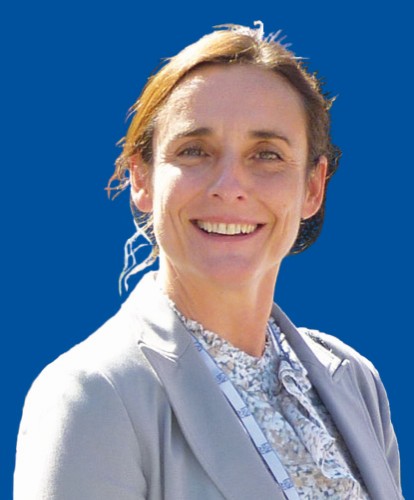